- October 27, 2013
I get tired of roasts. They are just boring sometimes. I sometimes want something more cozy, comforting. Less dry....

So this time I decided to try a slow cooker stew. I found some good recipes (like this one that I AM going to try when I get some squash), but ended up using several as a reference and tweaking, as usual.
I started with using the same ingredients I would with a roast.

I cut up the potatoes and onions and popped them into the Crock Pot dish.

I got a Pork Loin Roast, it seemed like a better deal, and tried to cut off some of the fat. Leave a little, it adds to the flavor.
Cut that into cubes, about 2 inches square-ish.
Then I assembled some spices and the juice needed to make it more stew-like, and added them along with the carrots.

Ingredients: broth (about 1/2c), cooking sherry (about 1/4c), thyme, crushed red pepper, Italian seasoning, garlic.
(I didn't actually add the garlic when I made it, but as we were eating it, I thought garlic would have been good to add.)
I only had chicken broth, so that is what I used. Perhaps a beef stock would have been better.
I added everything to the Crock-Pot, turned on low and set to cook for 7-8 hours.

I thought that a stew would be excellent with beans, and we happened to have Pinto Beans in the cupboard.
I added the beans about 30 minutes before it was done because they were canned. You could use dry beans, soak them as directed, and put them in at the beginning.

The Wondra flour I also added toward the end, mainly because I didn't think of it sooner. I realized the stew needed to be thicker, so Wondra to the rescue!
Now, if you have read any of my other recipes, you know I don't usually measure. In fact, the only thing I measured here was the liquid because the liquid is important in slow cooking and stews.

Here again, I didn't measure the Wondra. I just added it little by little, stirring until it blended it each time, until I thought it was thick enough.
(I know I know, you shouldn't lift the lid on a slow cooker....blah blah blah, but I did anyways and then let it cook another 30 minutes or so, so the meal was not ruined....)
I encourage you to tweak your own versions. Next time I make this I will undoubtedly tweak it some more.
They boys added more hot sauce to it, and hubby complained there was no rice to go under it in his bowl, so these are ideas to add next time too.

In the end it was the hearty, yummy, comfort food, and it wasn't boring.

I would love to hear any slow cooker stew recipes you love! Share in the comments.
comfort food Crock-Pot dinner family food hot How To NaBloWriMo pork loin recipe stew

Popular posts from this blog 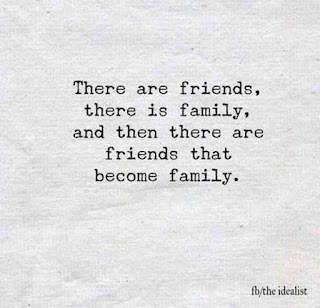 A surprise suggestion, this song was. I asked a friend-who-is-family for some ideas, as I wanted to do a Music Monday this week, but was having trouble picking a song. Just didn't have any that felt right at the time. So this friend, who by the way is someone we (hubby first actually) 'met' online. Communicated for quite a while before actually meeting in person. But you just know when you click with someone and we are going on over 8 years of friendship, I believe, though it feels like we have known each other forever. She has been a wonderful addition to our extremely small circle of friends. She is 'auntie' to my kids, she is who I vent to almost on a daily basis via messages, she is always willing to listen unconditionally. And that, my dear readers, is hard to find these days. She became family. Source So after complaining I was not inspired by any songs, she said she would see what songs came on over dinner with her Mama, and give me some ideas. Her Ma
Read more 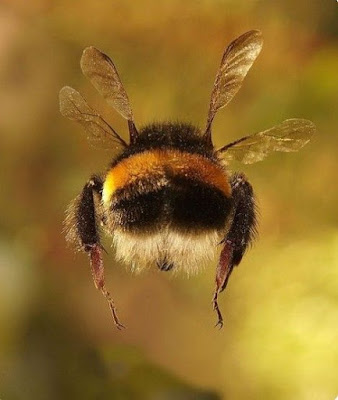 Sometimes, when so much pain and sadness and frustration is dumped on us, we withdraw. We just can't take it all at once. So we step back, and go to our little safe spaces. We avoid what is causing us pain, sadness, frustration. We stay far away, slowly letting little bits in as we feel we can handle it. Source Me? My little safe space has me lost on bee butts. Totally. On Pinterest , once you start looking at them, they appear in your feed like reproducing bunnies. They are everywhere. And they are so cute. I am not just guessing that withdrawing is a normal reaction, I just know it is. I don't have any fancy study to prove it. My statement is developed from complete personal and anecdotal evidence. I feel it, I see it, I hear people telling me what they feel, or see how they cope. Also, it is all over the internet, especially since this COVID-19 pandemic urged us all to stay home, or we could get sick and die, or someone you know could. And then one violent natur
Read more

Today's Run ~ Yes, That Is I Ran The Whole Time!

- November 24, 2012
Wow. I did it. I ran non-stop today. No middle of the trail walk because I was so out of breath, no "I'll just walk for a little bit then run again" . I did my normal walk down the long driveway and up the first hill ~ this is my everyday warm up.  Then I ran. I did not slow to a walk at the road with the hill, I went straight, to the second school.  Then I turned and went down that road, and back up that hill, all at a run .  I dealt with others walking ~ meaning I had to reel LadyJ in and keep her from trying to greet each person as we passed. All at a run . This is not really an easy task when running, as she always seems to try to run right in front of me, tripping me. OR runs behind me tangling us up in the leash.  Then there was the other runner with his dog. He must have the same problems because he quickly got off the sidewalk and into the road so we could run past each other not too close, as both dogs seemed to want to get near each other. This meant I
Read more

Raige Creations
United States
A blogging, working, mother and wife, I try to make my life a happy, creative one for my kids and hubby. After more than 10 years blogging, with a few breaks in between, I am here to share my thoughts on life, motivation, and creation with you, hoping my experiences can help you too, so we all can get through this life the best we can. I share recipes, musings, ideas, and reminders that life is mainly good, and we should embrace it all. Find me on social media to see my daily thoughts and musings. I do appreciate comments and feedback so feel free to let me know your thoughts too. (Keep it clean though, kay? And if you don’t have anything nice to say….you know the drill…) Thanks for reading, and feel free to share!